According to the product’s website, the QNAP TS-451+ has a ton of features that goes beyond just being a NAS – like real-time video trans-coding, virtualization platform and utilization of LXC and Docker containers. 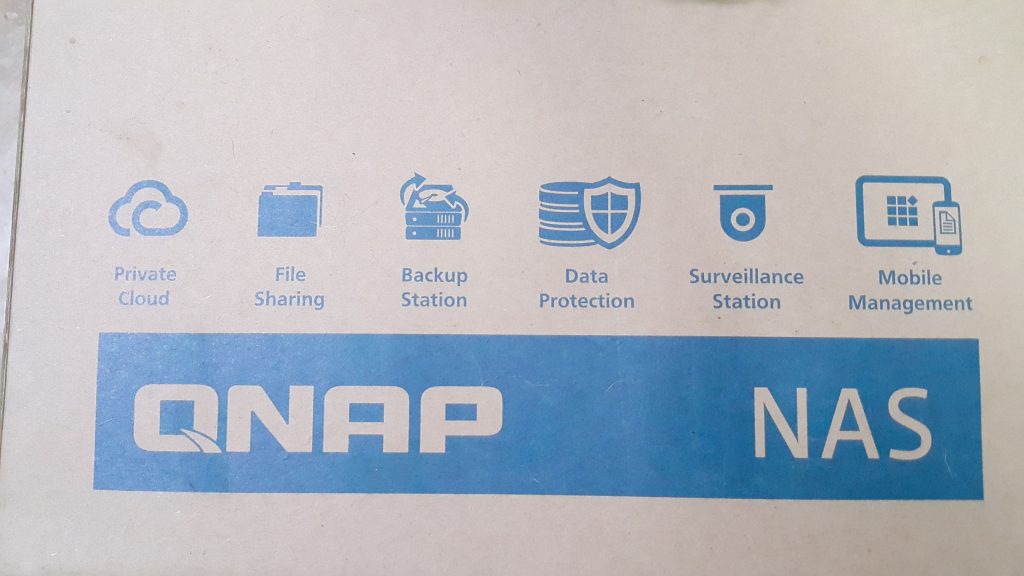 When a NAS is no longer just a NAS

The available configuration for order is either a 2GB model (TS-451+-2G) or a 8GB model (TS-451+-8G). And based on literature on that website, the maximum supported RAM for the QNAP TS-451+ is 8GB. 🙂 8GB?! But we want to maximize the features of this NAS unit! I guess we would have to add more since one cannot have too much RAM. 😀

Based on literature online, other than the manufacturer’s advertised specifications, it is fully capable of supporting 16GB of RAM! So I went online and purchased this 16GB kit. This SO-DIMM is the same as the ones used for laptops (your mileage may vary): 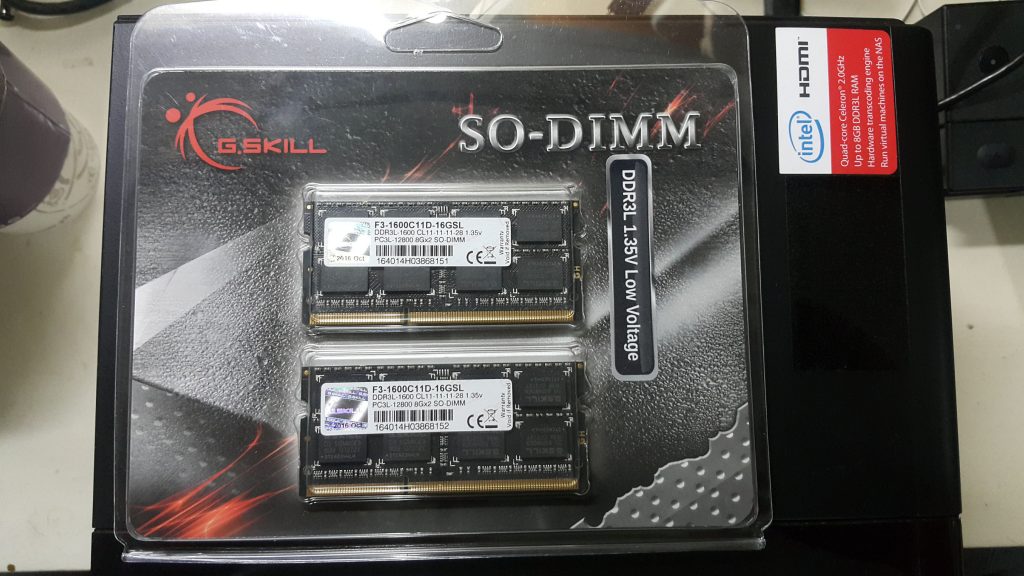 A closer look at the memory chips used for this 8GBx2 kit: 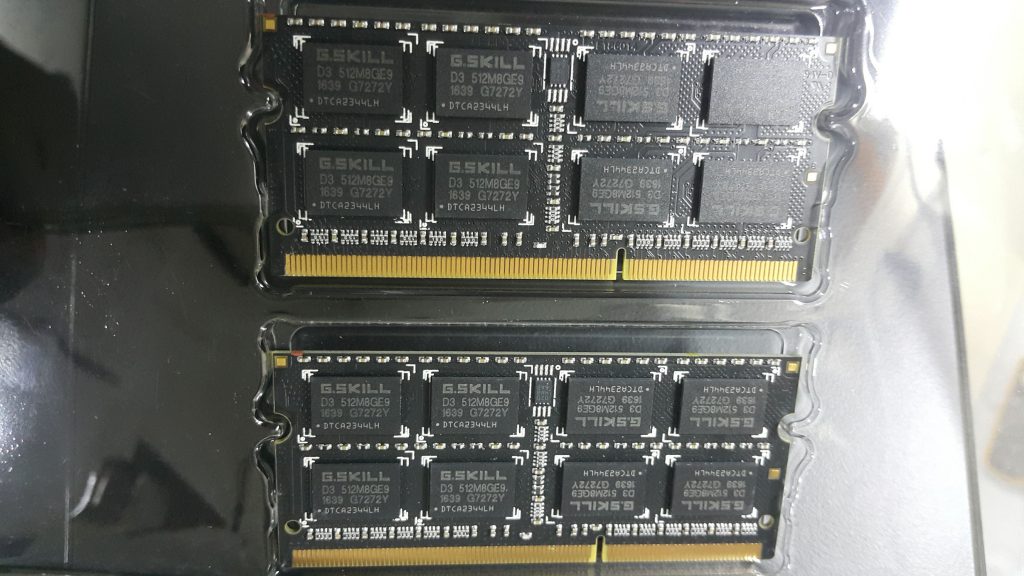 As mentioned earlier, the NAS unit that will be receiving this RAM upgrade is the TS-451+. 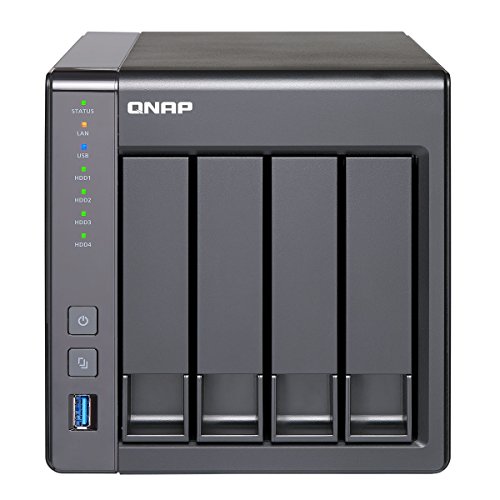 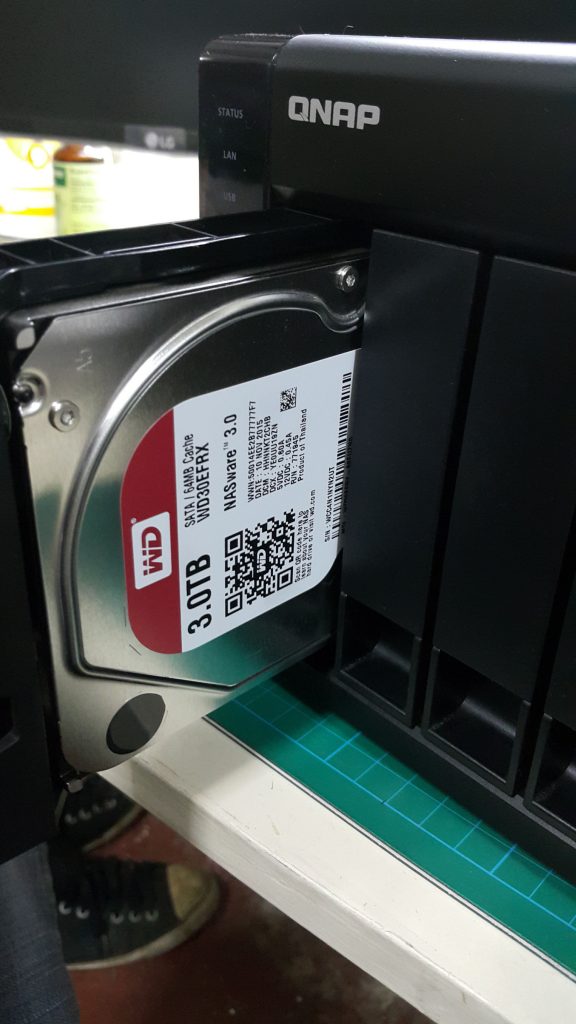 Step 2. Remove the four screws at the back of the unit. 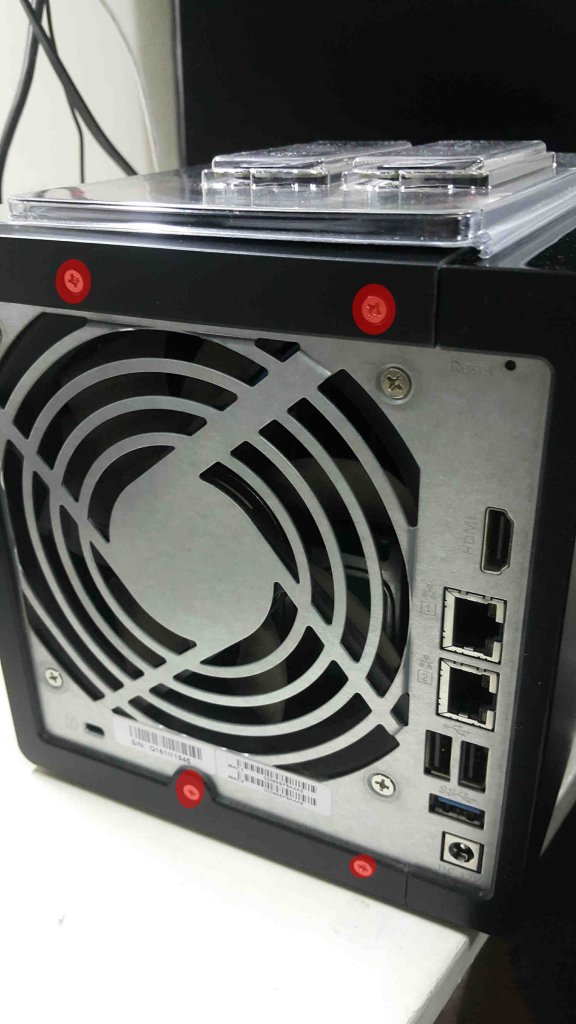 Step 3. Slide off the casing backwards to set the indicator at the bottom of the unit to the unlocked position. 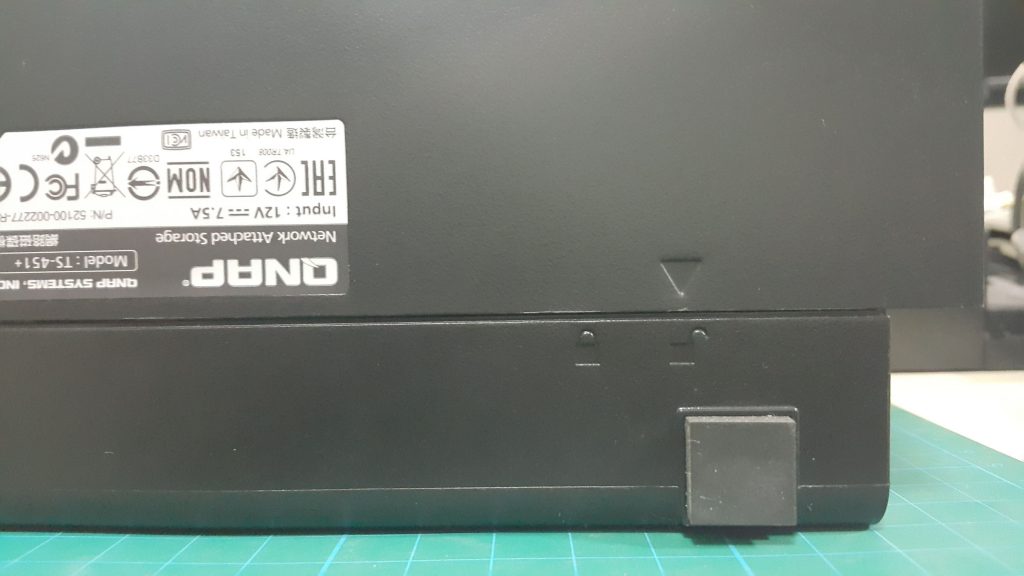 Step 4. Lift the casing upwards to completely remove the case itself. 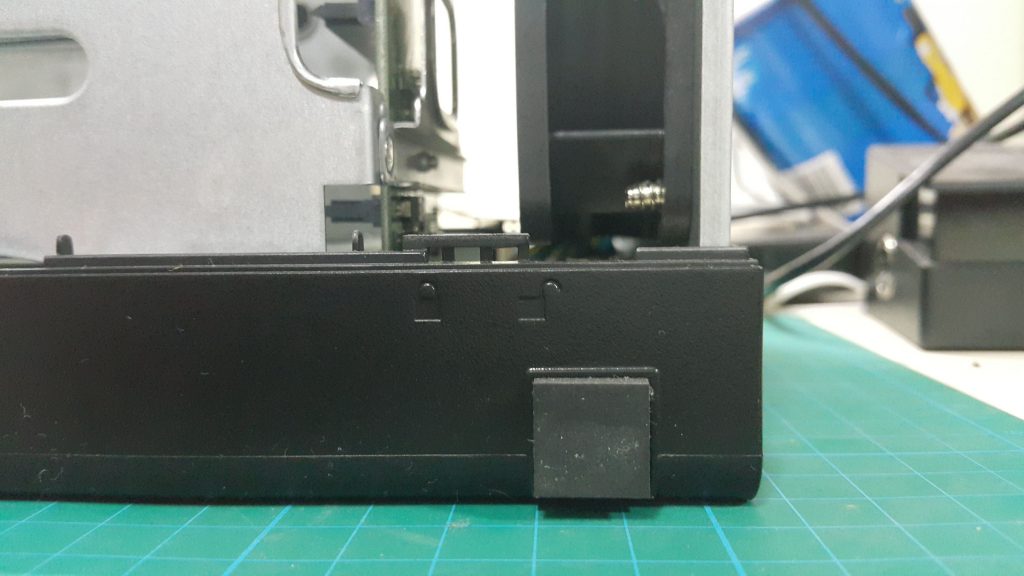 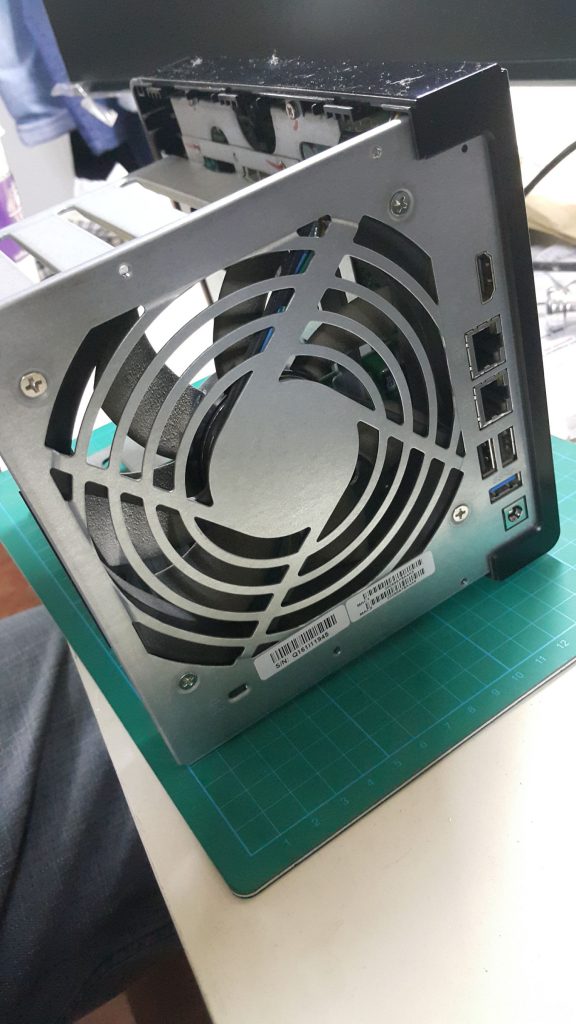 Step 5. Remove the screws that holds the hard drive cage. For a 4-bay unit, there is a total of six screws. 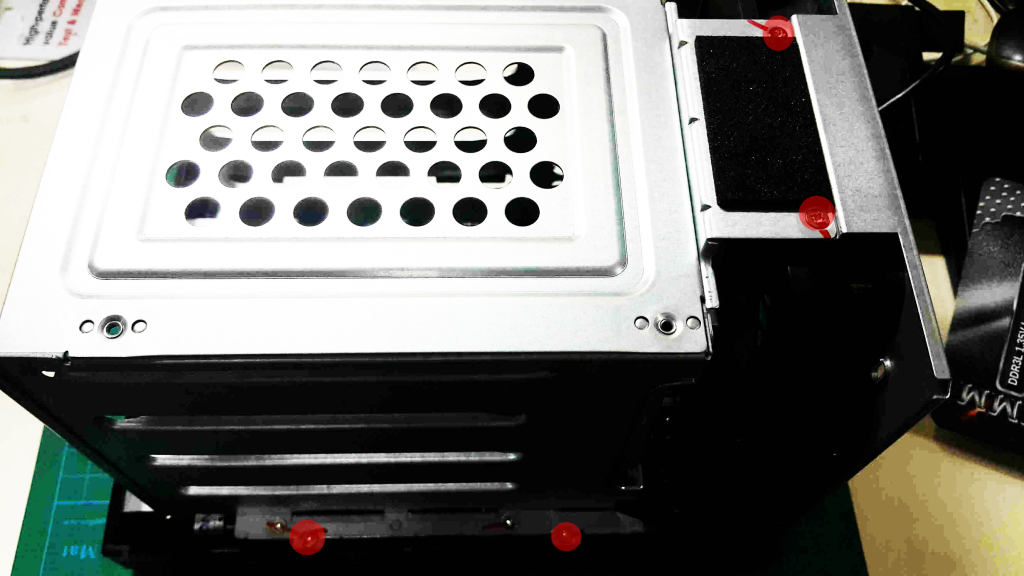 Step 6. Pull the drive cage straight up since there is a connector that connects the drive controller with the mainboard 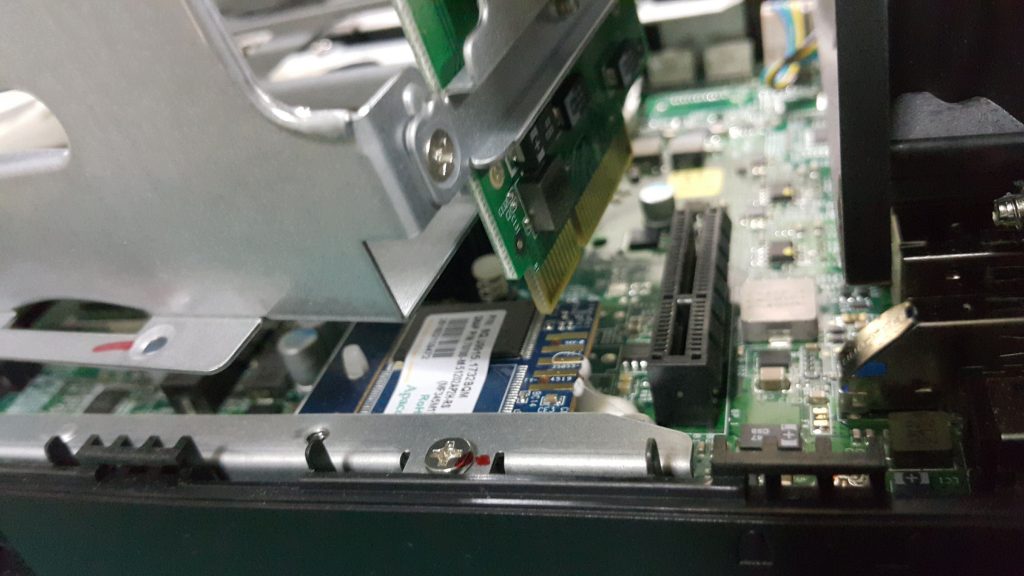 Intermission: Let’s take a look at the mainboard after removing the drive cage 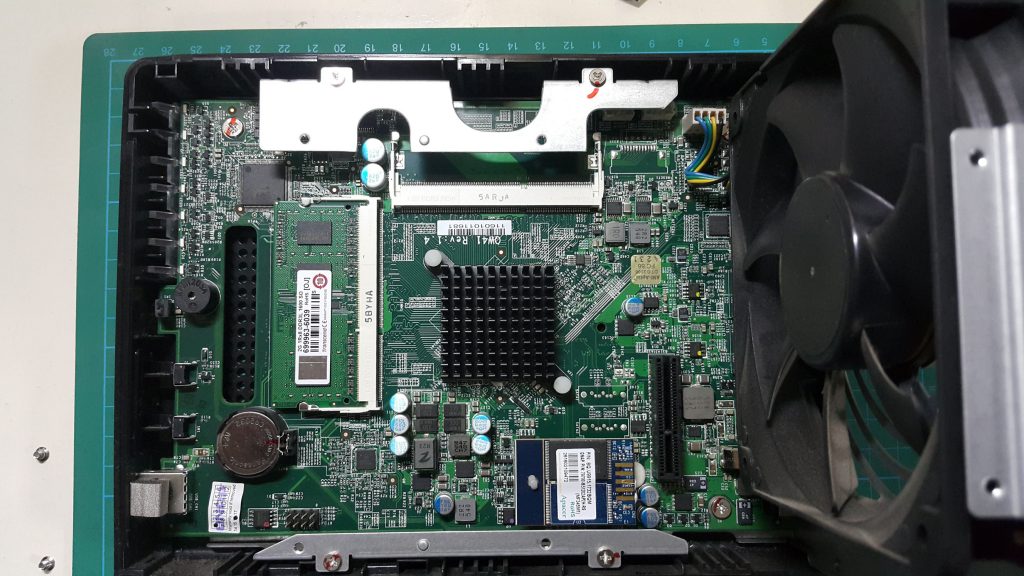 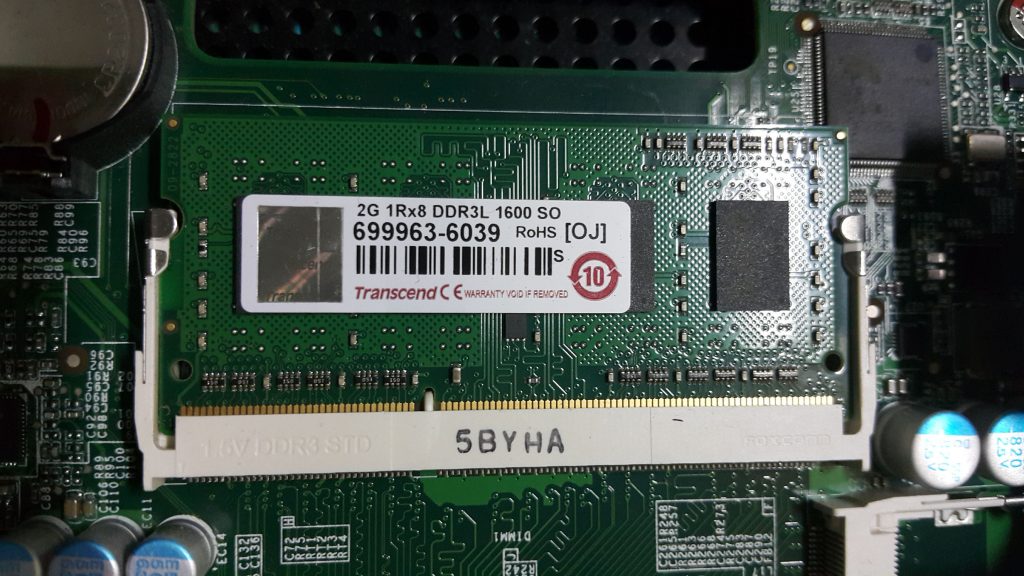 The 2GB RAM that came with the unit is from Transcend. 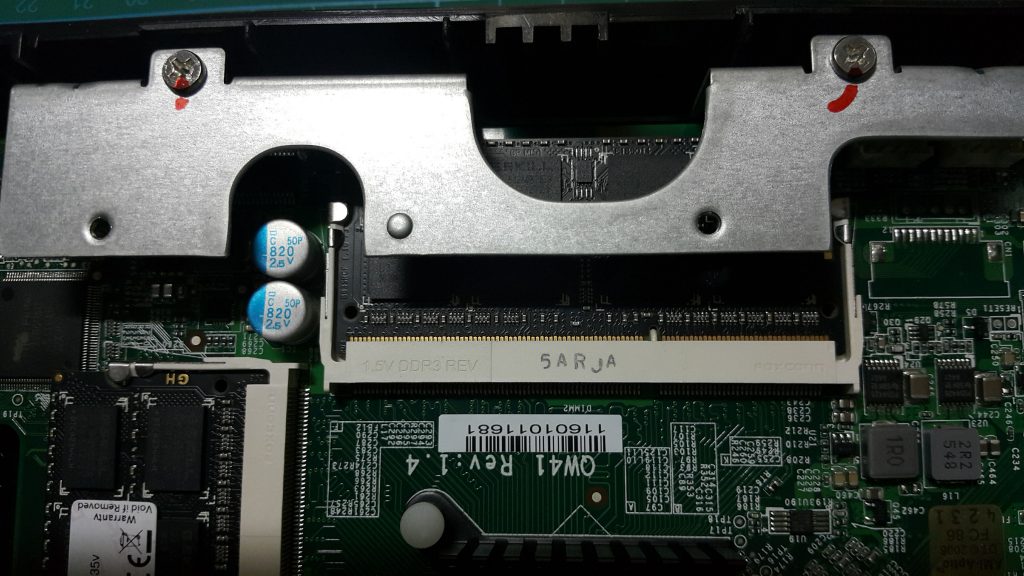 A word of warning: the second RAM slot is a bit hard to get to especially with fat fingers. 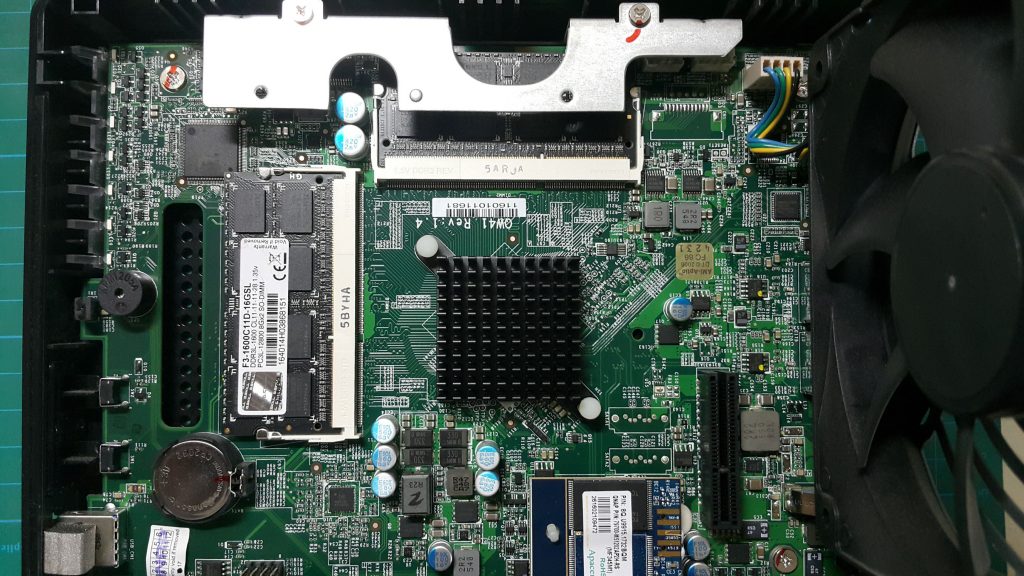 Last look at the mainboard with the RAM slots installed with the 8GB sticks.

Step 7. Reseat the drive cage, tighten the six screws that holds the drive cage, slide back the casing and tighten the four screws at the back. Connect all the cables and fire up the unit. Check if the additional RAM has been recognized by the system.

Hardware Information says we have 16GB total memory and both memory slots are correctly recognized too.